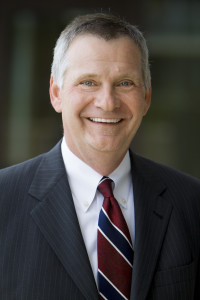 Buddy Hobart founded Solutions 21 in 1994. Today, the firm is a global enterprise that provides services in four primary practice areas: Client Development, Leadership Development, Strategic Planning, and Process Improvement. He has led Solutions 21 in providing leadership and management solutions to companies around the world, ranging from startups to Fortune 500 enterprises.

Buddy is an author, speaker, entrepreneur, leadership expert, and radio host. He has written four other books and has been quoted in publications such as USA Today and The Wall Street Journal. He hosted his own radio show, “The Consultants Corner” and his research on world-class performers is widely used to develop leadership institutes for companies around the globe.

Buddy has spoken to conferences, businesses, associations, and conventions around the world on topics such as World-Class Performers, Leadership, “Game Film,” and Gen Y. He is recognized as an energetic and enthusiastic speaker, often receiving “best speaker” recognition and the highest audience ratings possible. 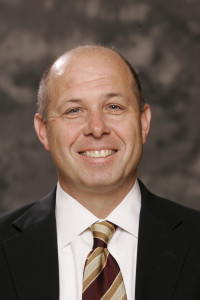 Herb Sendek is the men’s head basketball coach at Santa Clara University. In many ways, Herb is a “coach’s coach.” He is a coach’s son and learned very early the value of teamwork and hard work. He has instilled these values in his players and his assistant coaches. Herb has the largest “coaching tree” in all of Division I basketball. Herb takes his leadership role seriously with both his players and his assistant coaches. More Division I coaches worked for Herb at one point than for any other coach of all time.

Herb works daily with Gen Y and believes their work ethic and commitment to teamwork rival any previous generation. His values of “one,” as in “one team” and “one heartbeat,” are readily embraced by Gen Y.

In addition to being one of the most successful mentors of Division I coaches of all time, he has also produced his share of outstanding players. Many of his players go on to play professionally, and all of his players go on to excel in their life’s work. Herb has been coaching at the highest level since he was thirty years old. He has been Coach of the Year in every conference he has coached in, including the Mid-American, Atlantic Coast, and PAC-10 conferences. 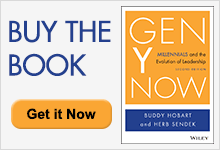 “Great leadership is the one sure thing that separates truly exceptional organizations from the rest. Hobart and Sendek have nailed it with this book. We are in a new century and leaders need new skills and capabilities to lead their current—and future workforce. This book shows you how to be a 21st century leader.”
- Stephen J. Kontra, vice president, Global Learning & Development, Pfizer Inc.